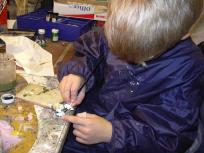 Unfortunately 2006 ended with a rather sour note, but the overall results weren't all that bad. The trend isn't promising, though and it hasn't gotten any better in early 2007. But let's concentrate on 2006 for a minute.

Usually I work mostly in 28mm, but this year I did a rather large 1/3000 scale naval project Foreign Stations (kudos to Phil at Spirit Games for getting the minis for me). A small experiment in 10mm is also included in the numbers, even though I wasn't completely sold on the idea.

I did a lot of terrain stuff, and one might say that over 300 trees and bushes skew the numbers, but in the interests on comparability I've stuck with the same broad categories as before. Besides, the Cathedral of Pain makes up for a few pieces of shrubbery.

I also tried a painting service, but unfortunately the professionalism of the painter I hired left a lot to be desired. These figures are not included in the numbers, even though I did base them myself.

These are the final figures (pun intended) for 2006:

Woo-hoo, whopper cavalry year! Wait a minute, where are the monsters? I guess I burned out doing my tyranids. Will I ever paint something in every category during a single year? 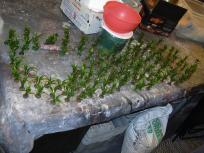 The heavy emphasis on terrain raises its ugly head again. Thinking back I think I can see the pattern: There's a rush to finish stuff by the end of the year and I burn out squeezing out that last celt or tyranid or whatever and finally when the dust has settled I basically don't want to see another miniature ever again. So I turn to doing terrain for a change of pace. After a pile of hills or trees or whatever, regular figures don't sound so bad anymore. Perhaps next year I'll do separate numbers for terrain and real figures and see how this theory holds out.

That's a lot of trees in January and February. The huge spike makes the rest of graph slightly hard to read but the more interesting bit is in November and December. I suffered and still suffer from a lack of motivation during that period and it shows in the results. 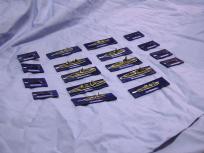 On a more positive note, I did actually manage to finish quite a few projects during the year. Obviously the terrain project produced a pile of trees, buildings etc. but I also painted three Chronopia armies and over 100 ships in 1/3000.

Almost 200 infantry isn't that bad, even though a handful of them were 10mm. And I'm pretty satisfied with the Foreign Stations project. In fact, the first three quarters are quite up to norm. It's the final quartal that brings the mood down more than it manages to actualle damage the numbers.

Yes, I plan to do an article on Foreign Stations later on.