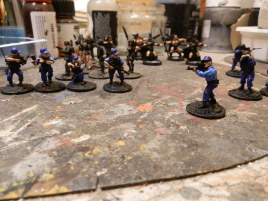 Another pretty good year is behind me. Not quite a record achievement, but then again I didn't paint any 15mm figures this year either. Apart from a couple of 1/1200 ships, everything this year is in glorious 28mm scale.

Lately I have been dabbling in other scales more than I used to, but this year I made a New Year's Resolution to paint figures from my backlog and they are almost exclusively 28mm ones.

I took partial responsibility for organizing weekly "eccentric" games at the club, so I have been gaming regularly basically every week.

This year I have also tried out making videos and comics, but at the end of the day I have always returned to painting. Those things are kind of fun too, but if I have a choice I'd rather be painting than editing a video. I get paid to sit in front of a computer so it doesn't really feel like free time even if I'm doing my own projects.

As always, everything counts as one. The lack of cavalry continues but that is not really anything new. For some reason I just don't seem to be doing any subjects with lots of cavalry. Or any cavalry to be exact. Otherwise every category gets some attention, including quite a few terrain items.

Counted this way, these are the final figures for 2013: 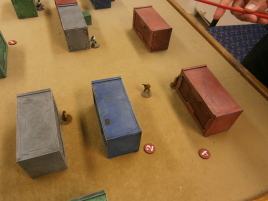 I organized more games this year than I usually do -- that is part of the reason behind the multitude of terrain items done. When I really want to set up a game, the thing I concentrate on is the terrain. That's why I built cargo containers, tombstones, pipe stacks and other things. Though part of them are so far waiting for future games...

Likewise, many of the vehicles are a bit borderline as they are not really fighting vehicles. I built a bunch of ships and canoes to be used as scenario elements, for example. 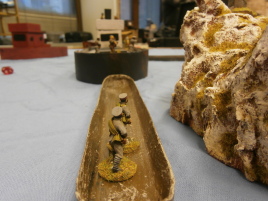 On the actual figure front, the bulk of the output is dominated by the resolutions sets. The monsters are almost completely part of that, though they did see use in my Starship Troopers games. The other resolutions figures have not been in any games yet, but I did paint over 150 other infantry figures too.

The less I have to use Excel, the happier man I am. Therefore I decided against doing the graph I've done previously. Instead, I compiled the data into this table. 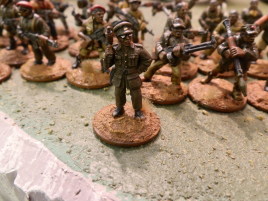 Another year in the 1000 Club! Booyah! And this time without any 15mm or smaller figures (the 1/1200 ships hardly count as small models).

The low amount of finishing days indicates tendency towards large batches, which has a lot to do with the resolutions stuff. The December spike is due to year end rush to join the 1000 Club. Otherwise work is pretty evenly spread, even during off months I have done something every other day. It would be pretty hard to increase painting time unless someone starts paying me for it... but then it would be a job and not a hobby.

Incidentally I was at work on 224 days. You know, real work, the thing I get paid for...

I typically paint 2-3 hours on weekdays and 4-6 hours on weekends. That may sound like a lot, but what it really means is that I have almost completely replaced watching TV, video games and pointless Youtube browsing with painting. With a lowballish estimate of average 3 hours per painting session that gives 717 painting hours -- four and half manmonths or so.

November was a bumper month, but it really wasn't much fun. I painted two large batches against a deadline, which sucked the fun out of it.

More detailed descriptions of the projects are on the projects page, but here's a short recap of activity in 2013: