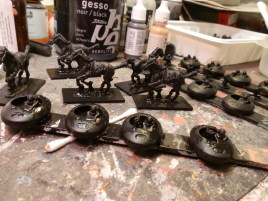 Whew, that one was something else... I painted more figures in December alone than in any year prior to 2012. Looking back at things I can now see that painting quantity is partly about experience -- and I mean specifically experience in bulk production -- but mostly about habit. Either painting is part of your routine or it isn't. If it is something you do to relax anyway even without any clear plans or goals, the shelves just keep filling with painted stuff. If you need to motivate yourself to finish even the one unit you really need for the next game, then that's all you're going to get done...

And I'm beginning to think John Blanche was actually right. You can't learn to paint without painting. The more you paint, the more you learn. As long as you are willing to challenge yourself. I'm still a bit off the magical 10,000 figures, but I'm getting there bit by bit.

I don't like to dwell on things. I don't do repaints, I don't do touchups, I don't use half-painted models. Once it's done, it's done and I move onto the next thing. A finished model is a lesson learned and the more lessons you have under your belt the better you get.

And I don't do display models, nor do I enter painting competitions. In addition to finding art competitions inherently oxymoronic, I just don't have the mindset to endlessly obsess about a single model. I don't paint to please anyone else -- I paint to please myself.

Admittedly a large part of the models painted were 15mm figures, but even ignoring them this has been a pretty good year.

I basically stopped making videos, because I found them too time-consuming to produce to the level of quality I was comfortable with. They are kinda fun and learning video editing was neat too, but at the end of the day I'd rather be painting. And no, I'm not going to just stick a camera on tripod to film me painting and upload that unedited... and quite frankly, I'm not a performer type of person. My written output is way better.

On the other hand, I continued to make comics using my photos. I was taking the photos anyway and the time spent putting the comic together is much more reasonable than the time spent editing a video -- at least for me.

As always, everything counts as one. Monsters are a sorry lot, none being painted this year. I painted some cavalry for Flintloque, but once they were done others just didn't come up. It's not that I particularly dislike doing cavalry, it's just that I have far fewer cavalry models to paint and for some subjects they are just a moot point.

Counted this way, these are the final figures for 2014: 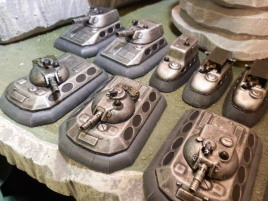 Quite a bit of terrain items got painted this year. Partly because I bought a large lot of them from Ainsty's sale and partly because I was running games and needed terrain for them. You can see the terrain production petering out as my gaming did after the summer.

A large proportion of the output was 15mm infantry, roughly half of all the infantry. But then again, roughly half of the infantry was not. This was due to the Slammers project and because I caved in and bought a huge lot of second hand 15mm models. That one caused a lot of ripple effects, but in the end I'm happy with the results. 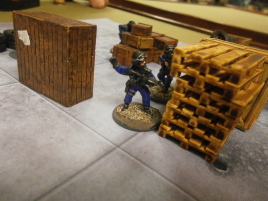 Vehicles also got their share this year. Half of them were the modern micro armor lot I did for the 500 project, but then half of them were not. I painted quite a bit of vehicles for the Hammer's Slammers project, and a dozen or so of 28mm ones too. And some 1/1200 ships sneaked in too.

Still no graph, the data is compiled into this table. 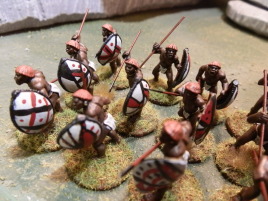 Record production again. What is interesting though, is that I would have made it into the 1000 Club even without December's output.

But actually looking at it things aren't so rosy. You can clearly see that the output in the early part of the year wasn't that spectacular. I think it because I was concentrating on the Flintloque figures and that was a bit draining. And I was also preoccupied by some non-hobby things, but that is out of scope for this report.

Output starts to pick up later in the year, especially when the 15mm infantry enter the picture, but actually August is the month I'm most happy with myself. I was on vacation for half of it, and painted everything from tribal warriors to orcs to destroyers as I pleased.

The late year is very much marked by the 15mm production. I can do them, but I'm still not a big 15mm guy, especially when it comes to the infantry. I don't really enjoy painting them so I just kind of churn through them.

Apart from the odd fallout in May and the special case of December, work amounts per month seem pretty typical. 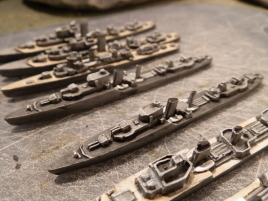 More detailed descriptions of the projects are on the projects page, but here's a short recap of activity in 2014:

The resolutions stuff is getting so convoluted I think it's actually better to collect the results here rather than write a separate report for each of them. 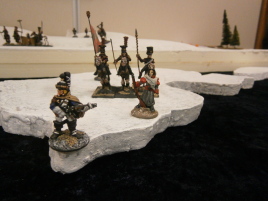 Task: Paint all my Flintloque models and have demonstration games.

Result: Done and dusted.
I was hesitant about it but it turned out to be quite fun in the end. And it feels good to have painted all those old models from the backlog. 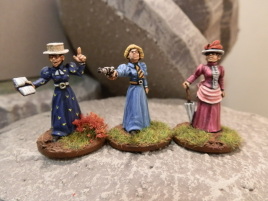 Task: Paint a unit from my 19th century backlog each month.

Result: Done and dusted.
I wanted to do this and just needed a small additional nudge. Great fun, cleared away all my old Africa models and a fair bit of others and even pushed myself with regard to painting techniques. This was really the first time I did pure 3-color in bulk. 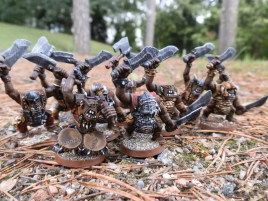 Task: Paint more models than buy new ones. Terrain does not count.

Result: Done and dusted.
The final score is 1330 painted vs. 1304 bought or so. There were some problems with it, as it does not take scale variations into account at all, and it's the reason behind the whole crazy 500 thing.

But I think keeping track like this is an important step towards curbing unnecessary purchases. One practical thing though was that tracking new models at purchase level was actually a bit tricky. I think it will be easier to count them as the models actually arrive. I think I will continue keeping the count but without setting any hard limits. And maybe I should catalog my backlog -- I need to organize it to save space anyway. 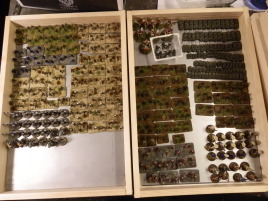 Task: Paint 500 models in December. Terrain does not count.

Result: Done and dusted.
Actually I did 514 just to be on the safe side. Perfectly doable and interesting test of one's limits, but not something I will be repeating soon. I still need to write a separate article or two about this.