This section of figures inventory covers all sorts of science fiction miniatures. Ultramoderns are included in modern section.

Everything here is in 28mm unless otherwise specified. 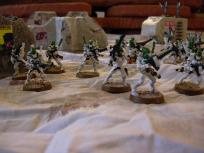 These are regular WH40K figures. I have loads of epic scale marines also... 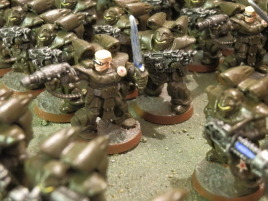 These are some very old cheap figures I bought way back then. 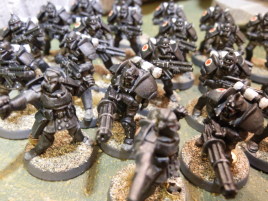 These are actually my old Warzone Bauhaus figures I repurposed. 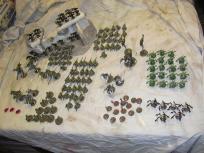 These are regular WH40K figures. The genestealers don't match the color scheme of the rest of the army for two reasons. The first batch I did long before any tyranids really existed and when I did the second one, the stealer model just doesn't take this paint scheme well because it lacks the carapace plates. 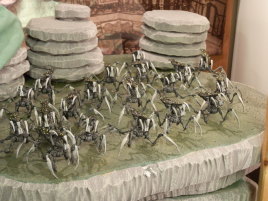 These are all Starship Troopers figures. I dug them from my archives and started painting them just for kicks. 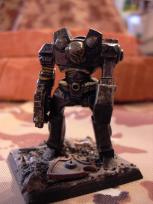 Most of these are Warzone figures I bought for cheap. We did a big game with these and then they were mothballed.

The initial batch is from the Indomitus box set, but I'll probably get some more later. 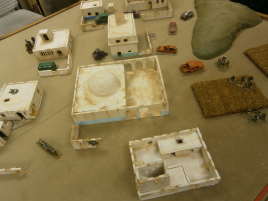 Most of these are the official Black Tree figures, though there are some cheap plastic toys mixed in I bought to see if they could be used. I'll gladly pay a little extra for proper figures... 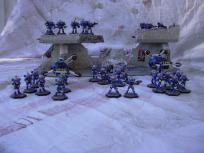 These are from Westwind's Cobalt-1 game, except the vehicles which are old Grenadier Future Wars. 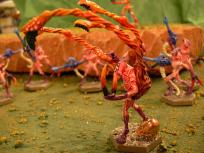 These are from Westwind's Cobalt-1 game. I'd really like to get some Aruk to go with these, fortunately I found a new supplier for these!

These are official GW models. Other suitable models can be found on other listings, mostly plague zombie thingies. 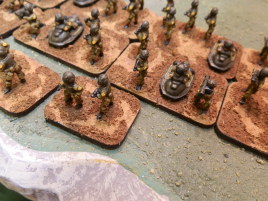 I'm putting all my 15mm Sci-Fi stuff here, even though some of them (especially the aliens) don't really fit in the Slammers universe. The vehicles are from Old Crow while the infantry is mostly GZG with some Rafm, Eureka and others mixed in. 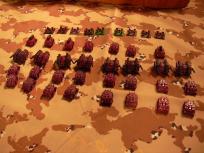 These are mostly old GW Epic figures, but I also included other items in similar scale. Most of this stuff came from the original Space Marine game boxes, that's why the unit mix has so little variaty. Back then you were supposed to identify infantry types by base color...

I should have half a dozen ork battlewagons somewhere, but I can't find them... I also have a bunch of larger mecha models (plus tanks and planes) I used to play Mecha! with, but they are so far not included. 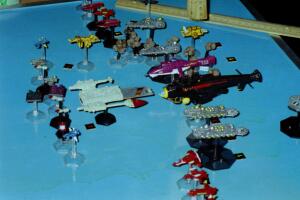 The fighters are mostly from Silent Death while the ships are a a more varied lot though they were used to play Full Thrust. Ironically, I don't have any "fleet scale" fighters, we used to to use Space Marine infantry bases for those. Some fighters are usable (and have been used) as smaller ships. Mostly the ones that don't have huge obvious canopies. 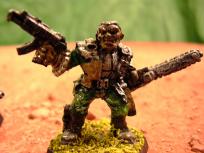 These are the odd ones that aren't part of a larger force for some reason. Maybe I just have too few of them or they have a paint scheme that differs a lot from others of their ilk. Quite a few of these are very old Citadel figures, including some pre-40k space marines (they were originally sold as Traveller minis). These also include my Warzone Imperials, at least until I organize them better.

Having these odds and ends is partly due to trying out new ranges and games and partly due to my RPG heritage where you tend to need lots of diverse figures but no large units.